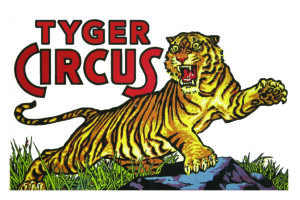 WordSong, co-founded by composers Howard Frazin and Tom Schnauber, has spent the last 10 years exploring the idea that all listeners have an intuitive musical understanding. The unique concert format presents a collection of new settings of the same poem, usually something well-known to the general public, and performs each piece in tandem with a conversation that has the audience telling musicians and composers what they hear.

Circuses are supposed to be fun, but they’re a little scary too. They present life at its contorted extremes. Maybe all art does that in some way. Eighteen expressive reflections on one thing is was probably a little extreme. WordSong and its composers and performers are nonetheless trying to honestly reflect on complicated realities in meaningful ways.